A homebuilt v4 500 cc based on the Victa lawnmower engine. 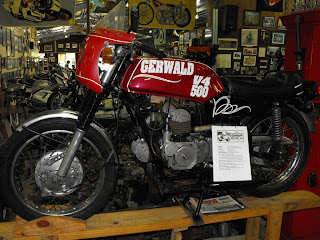 A vtwin BSA. Imagine trying to stop with those wedge front brakes.
At least it had them I suppose. A lot of old bikes didn't. 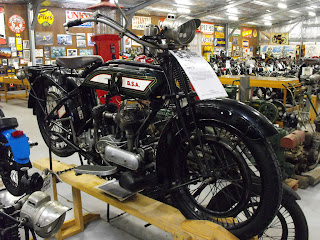 I was always fascinated by the Velocette marque.
Reknowned for technical innovation and quality of build.
A name known as a great setter and breaker of records. 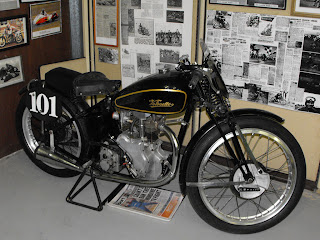 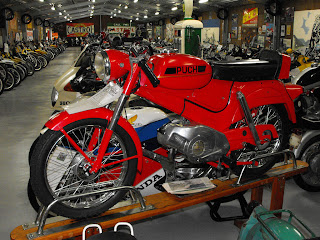 It looks to be a Norton International.
Correct me if Im wrong. 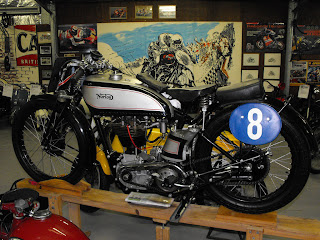 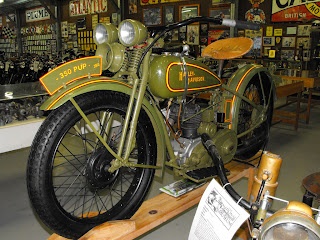 The Neracar. Made by the Ner-a-car corporation in Syracuse NY.
Designed by Carl Neracher who designed for Cleveland motorcycles.
Low centre of gravity, central hub steering and a mighty 2 stroke engine. 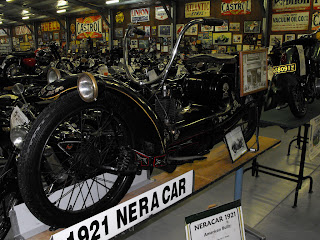 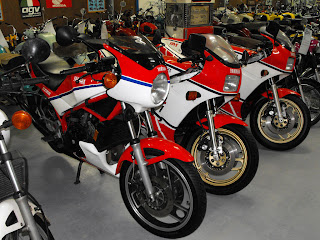 The Ariel Square Four.
My dad says they were a great sidecar bike. 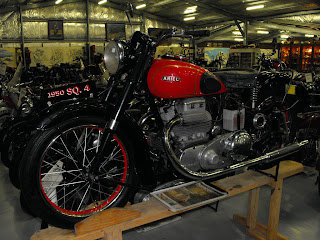 I remember speedway at the Easter showground when I was little.
It was always a noisy and exciting spectacle.
We'd hide under a blanket as the bikes went by to avoid the dirt clods that flew up.
The smell of Castrol "R" was intoxicating. Great memories. 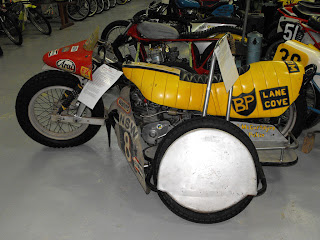 A Dale Buggins Yamaha. I watched his stunts at the Sydney Easter show many times.
He was a great showman and an extremely daring rider. 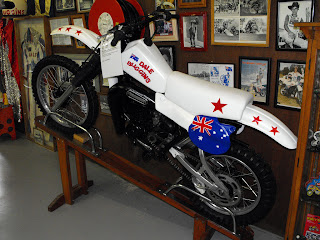 The line goes on and on. This is one arm of the Museum. 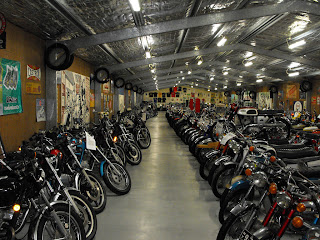 I had a couple of old RD250-350LC's.
They were a fast and good handling little bike.
I destroyed 5 engines but did a lot of miles.
High tuning and heavy hand throttle eventually ended them.
They tended to crack pistons and spit the aluminium into the big end rollers.
Or the big end rollers would come out and break the pistons.
Either way the result was the same. Messy. 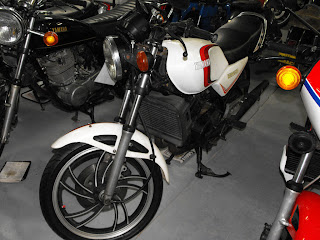 I dont mind Triumphs either.
I was lucky enough to race one at short circuit for a little while. 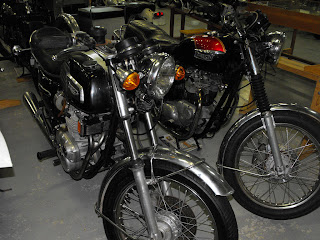 A great old Sunbeam and chair. 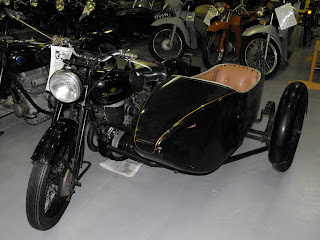 My Grandad had a Scott Squirrel. 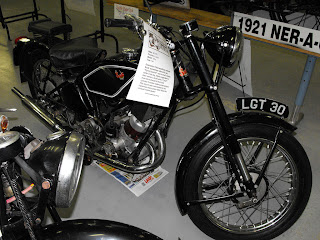 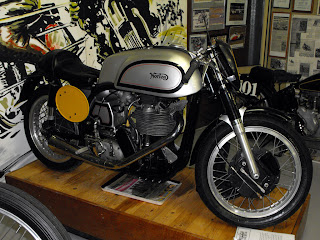 This Iver Johnson looks great for its age. 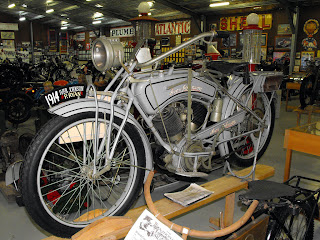 A Fire Engine Red Indian with a chair.
Jimmy Ryan would have loved it. 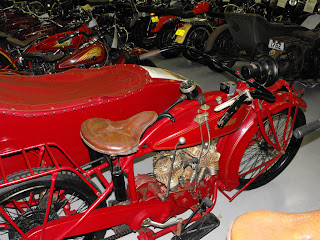 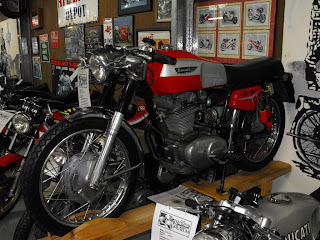 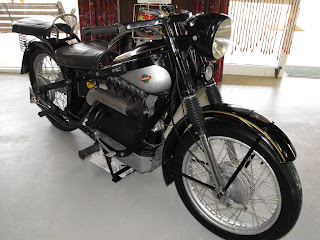 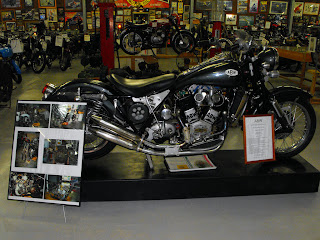 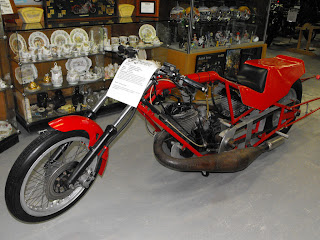 A fairly tidy old Kat. Getting harder to find now. 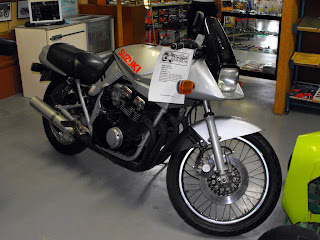 The entrance to the Museum. First bike in line?
A Katana. Great start. 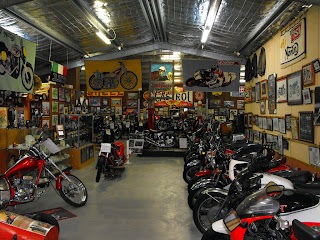 I'd like to use some of you photos on the museum's gallery, if I may, at http://nationalmotorcyclemuseum.com.au/

Sure. Some passes to the museum would be fair trade no? Plus a photo credit with a link back to my page would be good. Suit you?