Last Saturday morning was pretty ordinary as far as weather goes.
I met Quinney and Julian at North St and we decided to head up through Willi Willi and short cut to the Boonanghi Trig via my friends property.
We got to the trig no worries, came out on Peach Tree Trail and headed up Banda Trail via Toorumbee.
Banda is pretty hard going, even when dry, with lots of dead fall, tricky rock sections and slippery mud.
We stopped for an early lunch then started climbing the Banda Range.
Quinney noticed his oil line was hanging loose.
No oil was flowing and the engine was getting rattly.

Pete rang his mate and organised for some oil to be brought to Toorumbee.
I headed back down Banda to meet him at Toorumbee Bridge. I waited.
And waited. No show.


So I rode on to my Willi Willi property hoping to at least get some oil there.
I called Quinney and he said the oil delivery vehicle had shit its diff,
and Les (oil man) was going to come up on his bike.
I met Les at Toorumbee a while later, and went back up with the oil.


Pete oiled up his bike and took off like a shot cat. We followed but I didnt get 10 minutes down the road when I hit a big sneaky rock that knocked my bike hard left off the embankment.
I flew through the air and landed hard on a big log then slid down onto my bike.
I was hammered but nothing appeared broken.


Except my bike. I beeped the horn until Julian spotted me and stopped.
We tried to ring Pete and Julian took off to try and find him.
It seemed like there was no possible way the two of us alone could skull drag 180 kilos of DR650 30 feet up the bank.
Julian could not find Pete so we had to get on with it and work out a means of recovery.
By roping it off both ends to stop it sliding back down,
and some inch by inch drag work we got it out.
Took us nearly a couple of hours though.

Upon inspection, I'd lost the headlight and starter button.
Bars were bent, but my mirror and levers all in place.
We did some wire checking and tried a roll start.
Away she went and we headed home.
Big thanks to Julian who made a huge effort in helping me out.
As for Pete, I hope he realises now that you shouldn't leave your mates behind with out checking to see if they are OK.
If I'd have been badly injured or Julian hadn't found me I'd probably still be there.

Wednesday last was a bit quiet business wise,
so I packed the trusty DR650 for a day on the trails.
My intention was to head out through Collombatti and into
Taylors Arm - Thumb Creek to harvest some avocados.
I'd spotted some fruiting trees on my last expedition,
so hoped they'd ripened enough for picking. 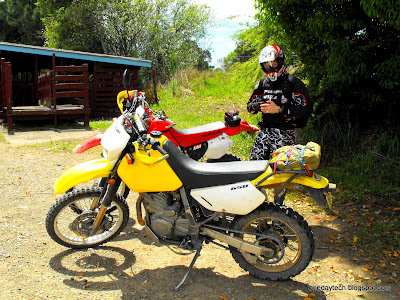 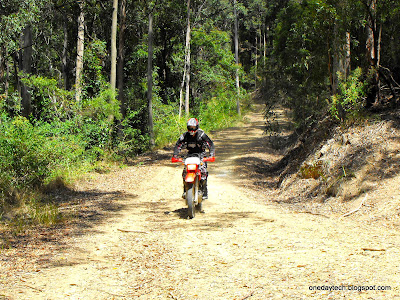 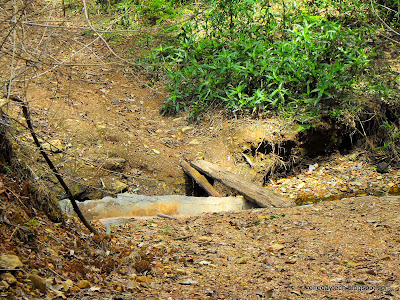 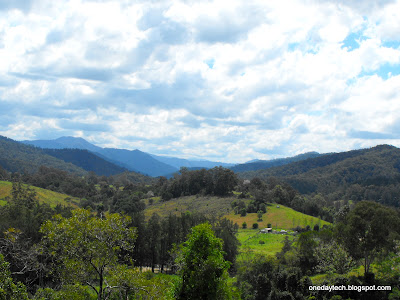 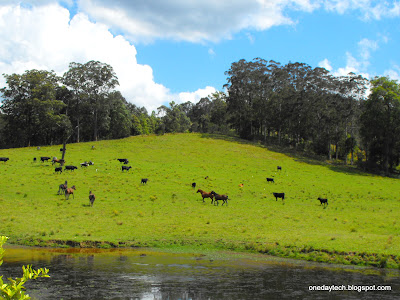 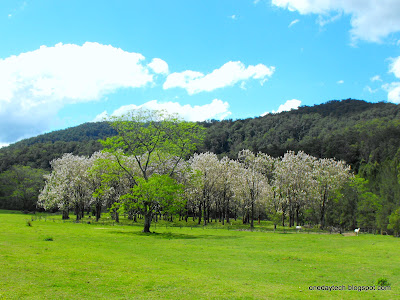 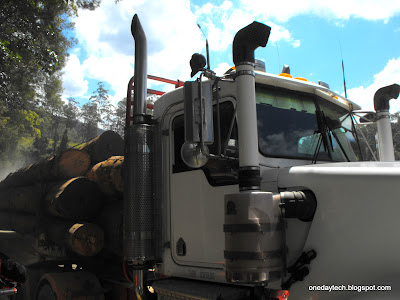 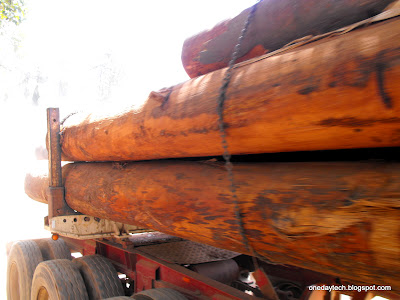 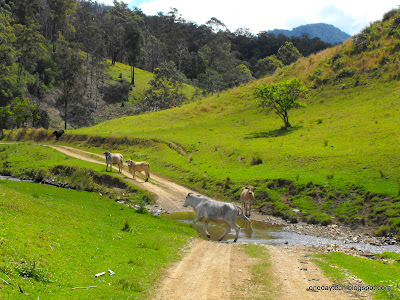 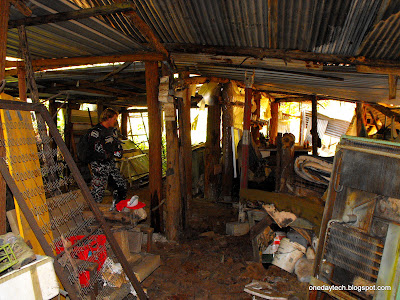 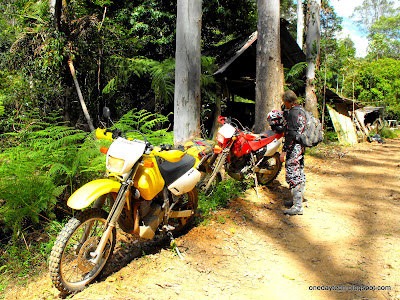 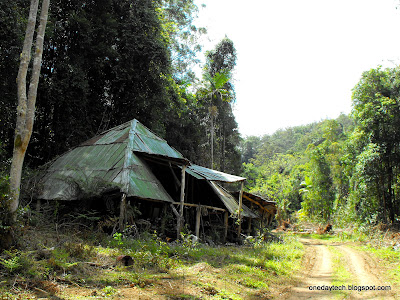 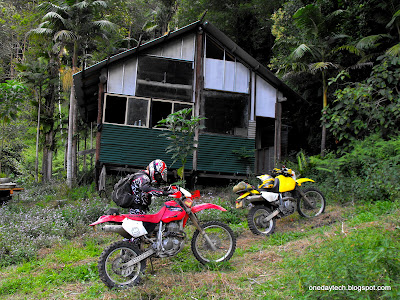 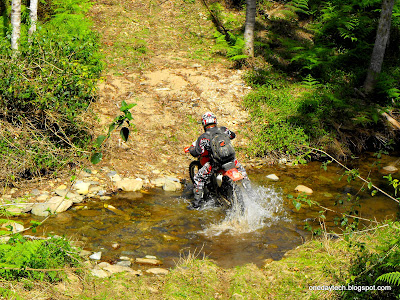 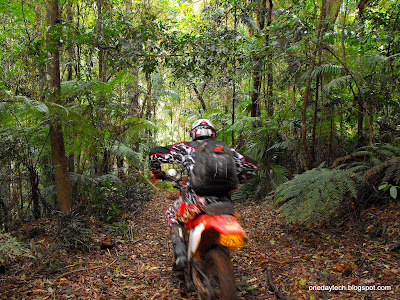 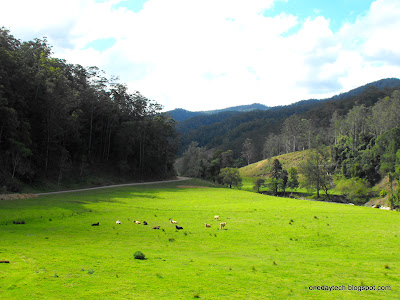 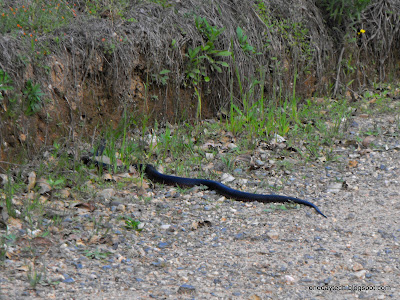 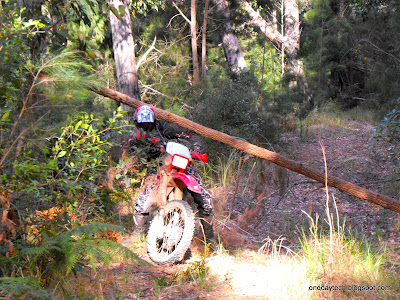 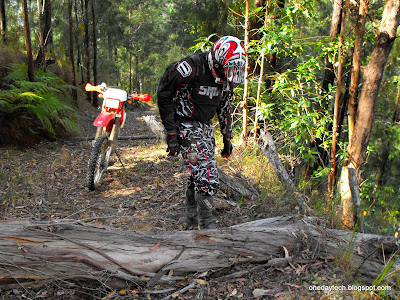 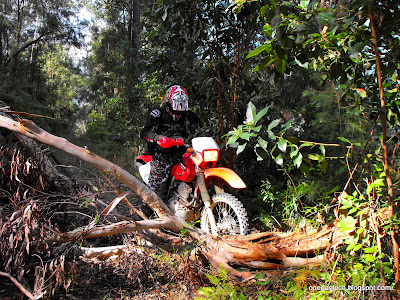 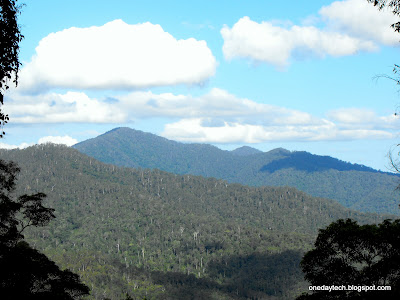 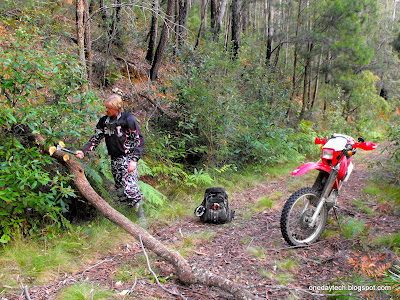 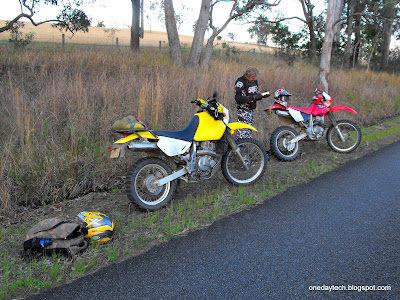